The news was spread on July 13th, 2020 by Roosh, who tweeted out the notice he received from YouTube indicating that his account was gone.

It’s hard to tell exactly from the wording, but they seem to be indicating that Roosh was somehow inciting harassment against someone or some group, but since it’s YouTube there’s no real details on what exact content violated their terms of service.

Interestingly enough, if you click on the link to his YouTube kanal it doesn’t show that it’s been terminated by YouTube nor what the reason is for the channel being shut down. Instead, there’s now just an image with a 404 error, which means YouTube seems to be hiding the reasons for some of the channels being terminated. 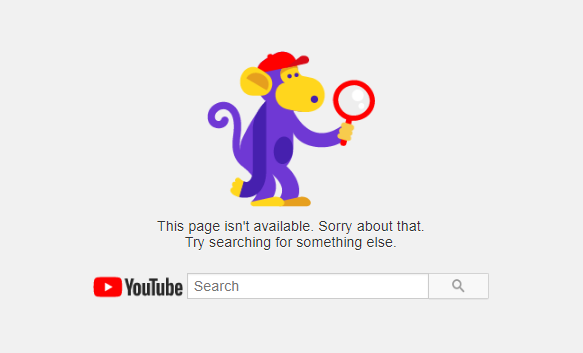 Prema Društvena oštrica, Roosh V had accumulated close to 90,000 subscribers and over 8.5 million video views since his channel was created back in 2006.

It appears Roosh V may have been caught in one of YouTube’s retroactive mass-ban waves based on an updated terms of service.

However, he did direct his followers to his other online portals so they could still follow his musings and content.

You can always find me here:

As for YouTube, they typically change the rules and then retroactively remove videos or ban YouTube channels that violate the new rules, usually without warning.

The people being banned in most of the recent ban waves are either anti-Leftists or have been outspoken against the Left’s agenda over the years.

As we mentioned in previous reports about other YouTubers being banned or censored, expect the account terminations to continue rather aggressively leading up to the general elections in November. Any major YouTuber promoting dissent or who could potentially influence the election outcome will likely get banned or heavily demonetized to deter them from throwing a monkey wrench in Big Tech’s plans to hijack the elections.