Chinese outfit Azure Flame Studio’s Zastava djevice bila je jedna od najpopularnijih strateških igara s potezima objavljena u 2019. godini za PC. The sleeper-hit garnered a ton of exposure and praise not only for being an alternate-history take on the French Revolution, but also for featuring some exquisite art from JiuJiangzi, who made the ladies look absolutely breathtaking. Well, they’re going to be a little less breathtaking when the game arrives on Nintendo Switch i PS4 12. kolovoza na temelju cenzurirane promotivne umjetnosti.

Međutim, ako posjetite Nintendo eShop stranicu you’ll note that it already has an ESRB rating of ‘E’ for Everyone and the promotional art features a highly covered up Marie Antoinette, as you can see below. 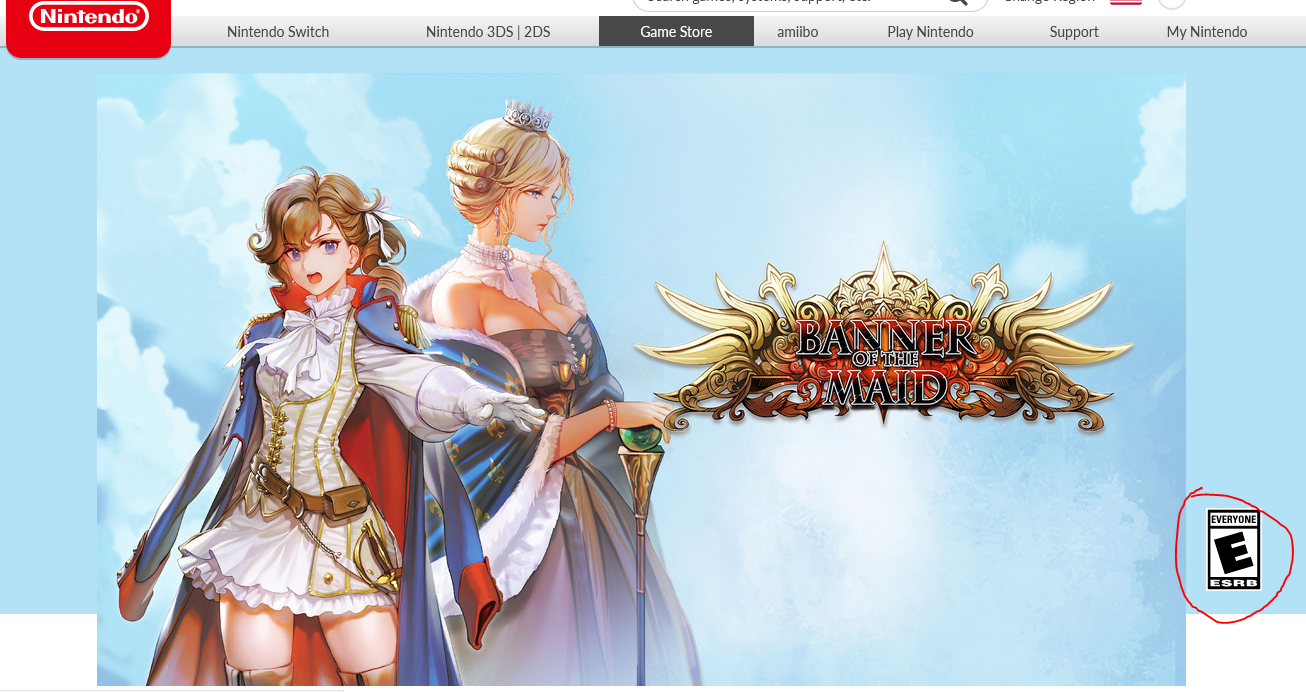 Originally the cleavage was supposed to dip all the way down to the bow at the top of her bodice. It’s why the buttons look so out of place when you zoom in close to the image.

You’ll also notice that in order to hide the starting cleft of Antoinette’s neckline depression, they added a berthe from the thyroid down to the clavicle that descends into an acute cutoff at the sternum.

This has basically reduced the overall square cleft of her cleavage’s depression to only 35 x 40 pixels. 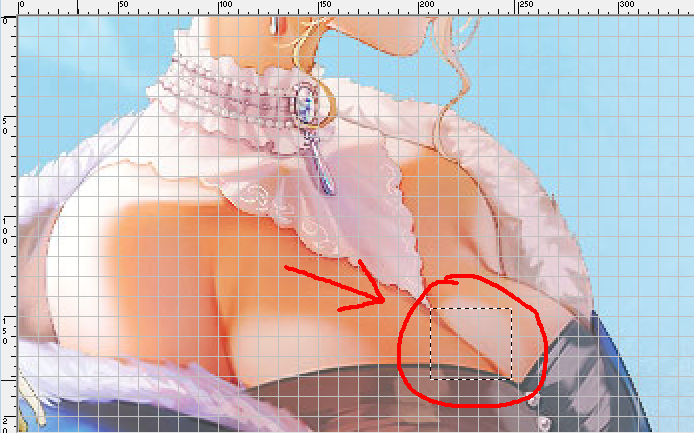 As you can see in the original artwork for the game below, which was used for the title splash screens, promotional discounts, and trailers, Antoinette’s cleavage is much larger with a lot more skin on display.

There are no button-hiding accouterments or conveniently placed berthes to reduce the longitudinal breathe of Antoinette’s cleavage. 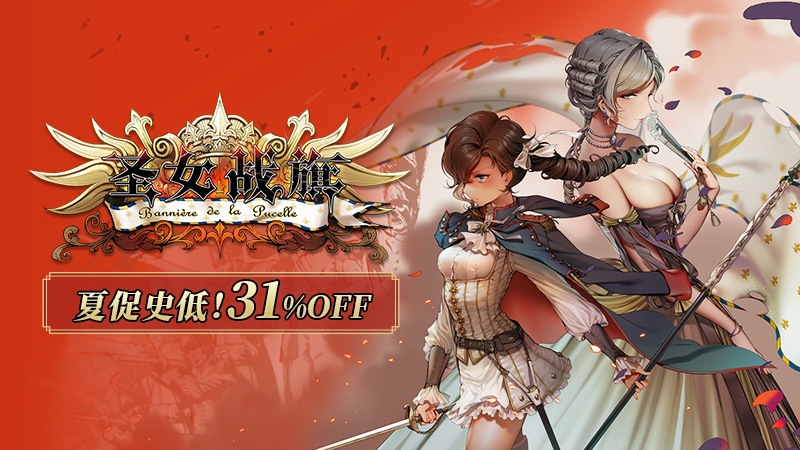 The dimensions of Antoinette’s decolletage is consistent throughout her artwork featured in the original game as well, as you can see with the below vignette character image from a different angle.

You’ll also notice that the lace berthe has more of a gossamer-chiffon quality in the original Chinese version compared to the nubilous cotton-texture they gave it in the console art. 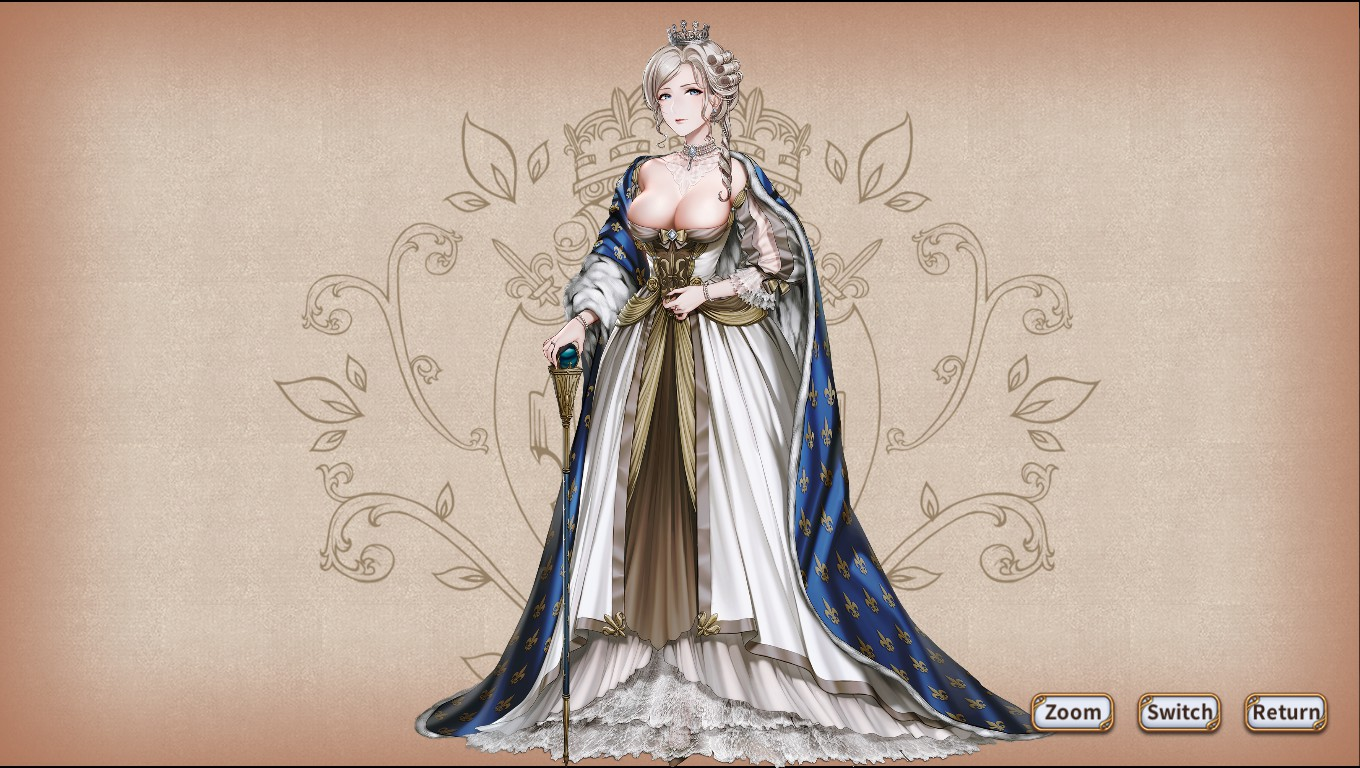 Basically, we already know that the promotional art for the game has been censored with Marie Antoinette’s cleavage getting a massive reduction.

Some Centrists™ will try to argue “But it’s only the promo art!” but to that I say the precedent has already been set.

There’s obviously more examples of said censorship over on the Glavni popis cenzure PS4 if you’re really starved for additional facts, or if you’re the type of Centrist™ to dismiss the above links as “just a few rare examples!”.

It’s also quite disappointing because the original Chinese trailer seemed to hint at the game arriving on consoles uncensored, but obviously that’s not the case. You can check out the trailer below, courtesy of Dante Nintendo prekidač svijeta.

What’s funny is that no one can blame China for censoring the game this time, since it originally released in China uncensored. Though it’s quite interesting that Chinese games are being censored for their Western release.

If you don’t even want to risk the censorship on home consoles, you can just purchase the uncensored PC version from over on the Parna trgovine.