Odlomak Čovjek s jednim udarcem: junak koji nitko ne zna game was announced via a trailer rolled out by Bandai Namco on June 25th. It features some in-game play, where various characters roll out their combos and attempt to damage Saitama, the One Punch Man. However it appears as if nothing they do inflicts any damage on the character, which could make for some really boring gameplay unless there’s an extra trick to the whole thing.

The trailer goes through a couple of the playable characters, including Saitama’s sidekick Genos, along with Mumen Rider, who uses his bike to unleash combos and attacks on opponents.

We also see Speed-o’-Sound Sonic, another villain from the series who utilizes his projectiles and sword attacks against the heroes.

There’s also a busty chick who makes the roster, Fubuki, also known as Hellish Blizzard. We see her using various attacks and abilities to dish out damage. But obviously most people are probably more interested in her loli-bait sister, Tatsumaki

There’s only a handful of playable characters revealed in the trailer so far but expect more characters to make the cut closer towards the game’s release. 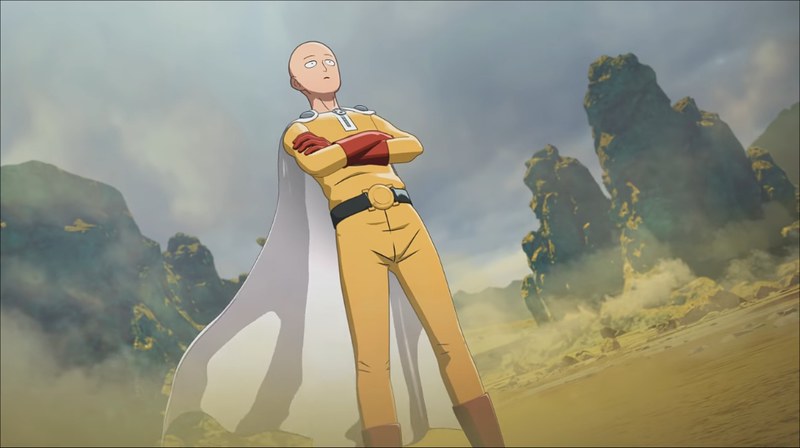 Jedino što znamo je da je to timski borac, a ne sličan Dragon Ball FighterZ, so I’m sure there will be certain rules in play to make it fair for when people have Saitama on their side.

We’ll have to wait to find out the release date, the rating, and the price tag. But so far it’s looking very similar to other Bandai titles like Naruto Shippudden: Ultimate Ninja Oluje ili nedavno objavljeno Skok snaga. I imagine if you’re a fan of Jedan Punch Man and Bandai Namco’s tried and true formula then you might take an interest in Heroj koji nitko ne zna.